In the 1970s, the State of Israel experienced dozens of terrorist attacks by Palestinian organizations against innocent civilians. Some are considered damaging and daring attacks:

May 8, 1972 – A hijacking of a Sabena Airlines plane from Brussels to Tel Aviv.

May 30, 1972 – The massacre at Ben Gurion Airport is carried out by three terrorists from the extremist communist organization the Japanese Red Army.

April 11, 1974 – A terrorist attack in Kiryat Shmona is carried out by 3 terrorists.

March 11, 1978 – The Coastal Road attack is carried out by terrorists who came from the sea in rubber boats.

April 22, 1979 – A terrorist attack in Nahariya by a terrorist cell under the command of Samir Kuntar.

One of the last attacks of this decade took place outside the borders of Israel when on November 13, 1979, a Palestinian terrorist cell attempted to assassinate the Israeli ambassador to Lisbon, the late Mr. Ephraim Eldar, who began his role as Israel’s first ambassador to Portugal two years earlier.

Since then, the Israeli embassy in Lisbon, Portugal, has been located on the fourth floor of the same high-rise building where the assassination attempt on the late Ephraim Eldar took place.

Picture of the building where the Israeli embassy is located: 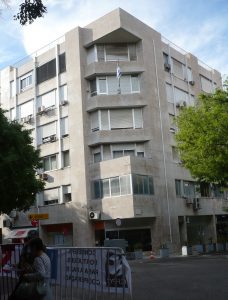 Picture of the location of the embassy building and the nearby junction:

Pictures showing the location of the stopping point:

Coverage of the event in the local media:

Insights and lessons learned from the event:

A picture from the exciting ceremony: 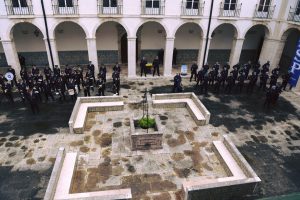 Remember, security must be done according to defined principles by a professional force!