On May 23, 1992, the Italian judge Giovanni Falcone and his wife, accompanied by close protection specialists, landed at the Punta Raisi airport in Sicily as part of the regular trip they made during their bi-weekly visit to their home in Sicily. Giovanni and his wife boarded the private car with a front security car and a rear security car. The convoy began with a drive on the highway from the airport to the couple’s home in Sicily. An assassination squad of the Sicilian mafia followed the movements of Giovanni Falcone, and when the convoy of vehicles passed over a bridge, one of the members of the squad activated a powerful bomb that exploded with perfect timing, killing Giovanni, his wife, and three out of five close protection specialists. 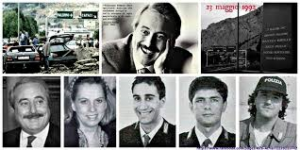 Judge Giovanni Falcone and his colleague Judge Paolo Borsellino were recorded in the history books of Italy as two judges who stood out for their motivation, determination, and unique and creative way in the war against the well-known Sicilian mafia.
The Sicilian mafia is a criminal organization originating and based in Sicily, Italy. The Sicilian mafia managed to create a state within a state and operated by collecting patronage fees, arbitrating disputes between criminals, and organizing illegal deals and agreements. When the Italian state was created in 1860, Sicily was a restless region. Hundreds of years of neglect have created an atmosphere of mistrust towards the authorities and a tradition of taking the law into one’s own hands. From the mid-1970s, the mafia was defined as an organization that protected wealthy estate owners for a fee and then blackmailed them for patronage and ransom. The war against the Sicilian mafia began during the years of Mussolini’s reign, continued for many years after him, and was characterized by the authorities changing generations of investigators and judges mainly because most of them met their deaths in assassinations and on the mafia’s side by standing long trials, at the end of which most of them were sent to long prison terms. Both sides understood that this was a long-term war in which everyone involved would one day find themselves in prison or the grave.
Giovanni Falcone and Paolo Borsellino also knew that the day would come when they would pay with their lives for deciding to take on a central role in the war against the Sicilian mafia. The authorities in Italy knew very well that the judges were in real danger of life, they placed a security system around them and thus turned them into secure protectees 24/7.
Over the years it was the Sicilian mafia that decided who would live and who would die – when and by what means of assassination. The mafia assassinated the lives of dozens of policemen, investigators, judges, and their families in various and diverse ways such as shooting and explosive devices. For the most part, those marked by the mafia as a target for assassination found their death in another successful assassination carried out by professional and skilled squads of the mafia. The fact that some of the targets for the assassination were secured neither deterred nor prevented the mafia from carrying out the assassination, and if we look at the success rates, it can be stated that the close protection could not really face the power of the Sicilian mafia, which more than once resembled the assassination abilities of a government and state organization, and at times it could be thought that it was even superior, the evidence of this is the close protection specialists who died in some of the assassinations.
Such assassinations prove that a criminal organization knows and can carry out a complex operation that requires high professional skills and part of its goals is to win the sympathy of the citizens and create future deterrence.
A photo of Giovanni Falcone with some of the close protection specialists stationed around him:

The assassination of Giovanni Falcone exposes the modus operandi of the Sicilian mafia in the use of remotely activated explosives.
The decision to assassinate Giovanni Falcone was made at the meetings of the Sicilian mafia committee between September and December 1991, following the existence of a trial against members of the mafia. The method of action chosen to kill Giovanni was a powerful explosive device. The selected assassination squad gathered intelligence on Giovanni’s movements and discovered that once every two weeks he and his wife come to their home in Sicily – this movement was defined by the squad as an activity that repeats itself with the same frequency and in the same way – arriving in Sicily by plane, landing at the Punta Raisi airport and traveling in three vehicles on the highway that leads from the airport to the city.
The members of the squad patrolled the highway and located a section of it that goes over a culvert built over a water crossing – this point was chosen as suitable for placing the explosive device. The members of the squad purchased 200 kilograms of explosives and began training in assembling an explosive device and how to activate it remotely while using the knowledge and experience of an explosives expert from the New York mafia the Gambino family. On May 8, 1992, the squad met to prepare the final explosive charge which included 13 barrels loaded with 400 kilograms of explosives. The squad placed the barrels in the water passage under the culvert.
On May 23, 1992, the day of the assassination, the assassination squad knew the fact that Giovanni and his wife were again flying to their home in Sicily and therefore set this day as the day of the assassination. The squad split up when one was stationed as the lookout at the airport and two as the lookout on a hill that allowed eye contact with the highway and especially with the culvert under which the explosive device was placed. After the observer at the airport recognized the arrival of the plane, the disembarkation of Giovanni Falcone and his wife, and their boarding of the personal vehicle located in the middle of the convoy, he relayed the information by telephone to the two observers on the hill. With the help of binoculars, the two followed the progress of the convoy on the highway and with perfect timing, when the three vehicles of the convoy got on the overpass, they remotely activated the powerful explosive device – the first escort car was hit by the full force of the explosion and flew several tens of meters from the road while the three close protection specialists inside were killed on the spot. The second car in which Giovanni Falcone and his wife were traveling crashed into a concrete wall and threw the two to their deaths through the front window.
Video showing the assassination: 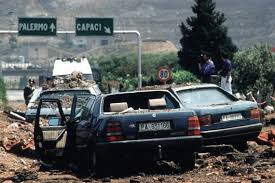 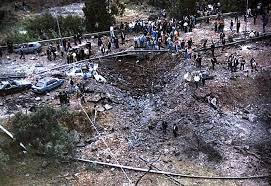 The assassination squad of the Sicilian mafia was able to eliminate Giovanni Falcone and his wife mainly because it recognized in their conduct a repetitive activity. In close protection, an activity that repeats itself is defined as a characteristic behavior and is considered an activity in which the protectee is at the highest level of risk based on a working assumption that the adversary will discover it as part of the intelligence-gathering phase. The close protection unit has two ways to deal with recurring personal activity:
1. When it is an activity that cannot be changed, neither its time nor its route, resources must be invested to increase the level of security with an emphasis on the analysis of the area from the attacker’s viewpoint and preliminary actions to locate unusual people and objects. In the case of Giovanni Falcone, it was possible to change the flight time, change the position of the protectee’s vehicle in the convoy, and travel greater distances between the vehicles in the convoy.
2. When it comes to an activity where it is possible to deceive and break the routine, the times of the activity must be changed, the routes of travel must be changed at each arrival and departure, deception must be carried out in the convoy of vehicles, a dummy convoy must be operated, etc. 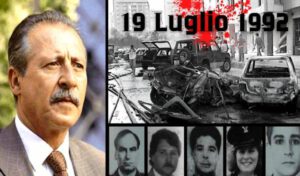 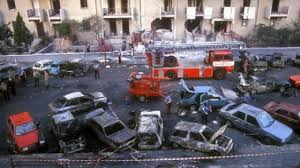 In conclusion:
Close protection against the opponent is continuous and cannot stop even for a single moment. From the moment the adversary decides to assassinate a protectee, he or she will carry out an orderly and professional process that will usually begin with an intelligence-gathering phase to locate repetitive activity. The adversary can choose one of many courses of action available to him or her and usually, he or she will choose the course that he or she considers the best and safest for 100% success. Since the adversary is focused only on the assassination mission, he or she has the ability and patience to wait for the best time to execute which can be almost anywhere and anytime. A close protection unit that only places close protection specialists around the protectee and does not create and implement additional security circles will not succeed in preventing harm to the protectee.

Remember that security must be maintained with several defensive rings involving breaking routines and deception.