There are two kinds of security clients: entities and organizations that are assumed to utilize security by virtue of being associated with governmental agencies (that is, they affect the state’s security, and/or their activities require security),  and private individuals that by virtue of being famous and wealthy (and / or they are owners of successful private companies and/or they are influential) that decide to utilize private security. Agencies and organizations have no dilemma whether to use security because they are required to do so, whereas a private individual does not have to adopt security measures, therefore there is a perpetual dilemma of whether he or she needs security, and why should money be spent on it.

Since professional and quality security costs a lot of money and is accounted for only in the expenses section, the dilemma of adopting security measures becomes particularly difficult and complex. In addition, there is a misconception for many that security does not contribute and only is an expense when the right mindset about security means that security if done correctly, can create a professionally done peace of mind for the businessperson and even an advantage over competitors. A famous person was once asked how he got along with his security guards. He pondered a little, and then replied, “when I think about it I’ve never seen them but the mere thought that they are out there allows me to concentrate on what I do best.” It is important to note that there are individuals who utilize security only because it is considered a status symbol and a norm among the population to which they belong and not because they are at risk. Assassinations of famous persons and injury and homicide incidents on private businesspersons in the past prove that any person by the virtue of being very famous and very influential and over time and every very successful businessperson is at some risk of being harmed by another person with different and various motives, therefore they live in a state of constant risk management that can sometimes cost them and/or their families dearly, and this is not referring to the financial aspect. Even such a private person should know that the significance of not having security at all is that he or she remains exposed to all existing and relevant threats to him or her, and in the event that he or she is hurt or (G-d forbid)  is murdered, the clock can’t be turned back. Personally, if I was very rich, I am sure that I would not be in the dilemma in question and if I needed some professional and quality private security at some level, but since I’m not one (rich or very rich, yet) I try to get into the minds of those who are rich in order to understand what is affecting them as they ponder to whether to utilize private security.

Barry and Ari Sherman:
Bernard Charles “Barry” Sherman (1942 – December 15, 2017) was a Jewish-Canadian businessman and philanthropist, chairman and CEO of the Apotex pharmaceutical manufacturer. He was rated by Forbes magazine as the 12th wealthiest Canadian, and his net worth at the time of his death was valued at 3.2 billion US dollars. 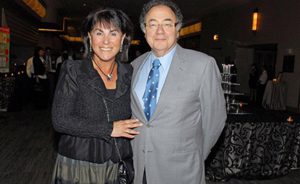 His corpse was found alongside his wife’s in their home in North York, Ontario, under circumstances that were defined as “suspicious.” In January 2018, it was reported that, contrary to preliminary estimates that it was a case of murder and suicide, the investigation led to the conclusion that the Sherman couple were probably murdered by hired killers. The couple and their family did not use private security prior to the unfortunate incident and therefore took a risk that turned out to be realistic and real – without security the couple was 100 percent exposed to the existing dangers and if there was security it may have been that it could have prevented the fatal injury. Shortly after the incident, the family made a decision to start hiring professional and quality private security. 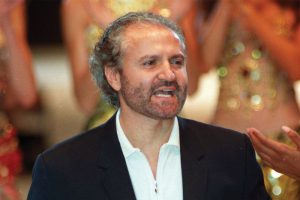 In 1978, the three siblings opened the Versace Company in collaboration with Gigi Monti, a knitwear manufacturer from the Florence area, who was the first to actually discover and invest in Gianni Versace. The company grew and became a name in the fashion industry in Europe and a global brand as early as the 1970s. In the 1980s, Versace built a grand mansion near Lake Como in Italy, which became part of the icon known as Versace. Versace was known for his unbridled style of expression, which did not strictly filter his views. He did not spare his views regarding his sexual orientation and preferred to keep his tendencies without any desire to take pride in it in public. Among his remarks was when he was interviewed by Vogue magazine, he claimed that most gays chase and acknowledge sex as legitimate and that they are incapable of building a healthy relationship, but on the other hand, he claimed that there are some individuals whose ambition was true love and he defined himself as one of the few who aspired to it. His comments caused a great deal of anger and some called for a boycott of the brand. On the morning of July 16, 1997, when he returned to his home in Miami, Versace was shot with a pistol by Andrew Cunanan, who committed suicide shortly after the murder. The background to the murder was unclear and is still a mystery to this day. Versace and his family did not utilize private security prior to the unfortunate incident and therefore he took a risk that turned out to be realistic and real. Without security, Versace was 100 percent exposed to the existing dangers, and if there was security it is possible it could have prevented the fatal assault. Shortly after the incident, the family made a decision to start hiring professional and quality private security.

Both of these incidents ended in death and are therefore defined as extreme and ones that will clearly make their successors decide to utilize private security wisely after being attacked and others will learn from their hard experience to try and be prepared in advance for an attack.

I would like to describe the possibility of a simpler and not very complex event to illustrate my view of why such people must have private security: suppose there is a very successful and wealthy businessman living in a large, luxurious estate. The businessman has spent many days outside his home where his wife and young children are left alone in the estate. One night, when he was not at home and his wife and children were sleeping, a burglar broke into the house, reached the bedroom and the wife’s bed, searched for the keys to the luxury vehicle, went outside to the parking lot and managed to steel the vehicle. The traumatic event ended “just” with theft of the luxury vehicle, but it could have ended differently and included a physical injury to the wife and children. Even after this imaginary incident, it was clear that the businessman would start utilizing private security in his home to deal with the dangers that exist. Precisely because this is an example of a criminal burglary for theft that can occur to almost anyone, it demonstrates that a person with the financial ability to finance private security cannot afford to take unnecessary risks that could cause him serious and irreparable harm.

In my personal opinion, any private individual who is famous/wealthy and/or a successful and well-known private company owner and/or influential must direct part of the budget to professional and high-quality security, if only because they can do so to protect themselves and their families. I am sure that all those individuals who were murdered or injured if they could turn back the clock would need some level of security to try and prevent the attack, realizing that in some cases spending on security is just as important and vital.

There are wealthy families like the Safra family that is known to use private security regularly from awareness of existing threats and dangers as well as from their financial capability that allows them to “secure” themselves with a physical security array.

The field of private security is worldwide and, in some cases, exhibits a very high level of professionalism that is not inferior compared to governmental security. In private security, the client must also first request a risk survey in order to recognize the relevant threats to him/her and the characteristics of his/her personal and professional activity and as a basis for deciding what level of security is required for him/her as the best response within the existing budget.

Anyone who wants to hire private security but wants to avoid visible and extreme visibility can use a low-key approach to security that produces a professional and good response that is less pronounced for the environment (this is not referring to covert security).

I recommend to anyone who is able to consume private security and is unsure whether they should spend money on this, asking themselves whether after if there was an attempt to hurt them and/or their families, would they utilize security? If the answer is yes, then start immediately and not wait for the attack.

Remember, security must be maintained even when you are a private person!