Often, security personnel says that 100% security cannot be performed due to budget constraints, paralyzing disruption of security activity, excessive public interference, and unreasonableness in screening all people who are in the vicinity of the protectee.

This means that anyone involved in security must be familiar with risk management and act on a daily basis in order to be able to fulfill their responsibilities without having a heart attack from knowing that there are modes of attack that have a partial or no response at all to them.

In simple terms, this means that although security is optimized according to the protectee and his or her importance, the existing budget and resources, there will always be a real and pertinent threat that will be in the protectee’s vicinity that can occur at almost any given moment of the day. All that remains is to hope and desire that the shift will go on with no unusual and irrational surprises.

Indeed, the threats that I aim for are usually incorporated into working assumptions that form the basis for defining the security concept, these remain as long as the situation does not change and/or an event occurs that will demolish them, forcing the decision-makers to set new work assumptions, continuing to make changes and updates to the security concept and method.

On the part of security managers, this is a major complex and very difficult issue because they have to set the working assumptions, believe in them in order to succeed and function, but also to know and understand that these assumptions do not remain forever and therefore they must be able to examine it again and again and not be enamored with them until the moment an event occurs..

The Shamgar Commission stated that the Israel Security Agency’s working assumption, which was valid until November 4, 1995, was that “a Jew will not murder a prime minister in Israel” was one of the main reasons why the concept of security did not change in time and therefore no good and effective professional response was given to an opponent such as Yigal Amir. When the moment of truth came, Amir succeeded in realizing his malicious plan.

As part of the human logic and operational limitations of security, there is another assumption that the likelihood that a person directly related to an organization, company, or business will choose to harm the place or the people he or she belongs to is very low and is considered to be the most accidental and unusual. This is why security personnel is not shadowing employees 24/7.

In close protection, unlike the other security disciplines, relying on the wrong assumption can result in a fatal irreparable injury to a VIP and therefore the weight of responsibility is much heavier. In close protection, there are threats that range from being difficult to impossible to deal with and it can be determined that it would not even make sense to think of them as a real threat in the high probability because then we will be in a state of chaos.

Will a family member and especially an immediate relative of the protectee, or an employee in the office or home of the protectee choose to hurt him or her? Is such a threat possible? Unfortunately for close protection professionals, the answer is yes, it is possible and it can happen at any given moment.

On January 1, 2001, Prince Dipendra murdered his family, the royal family in Nepal: 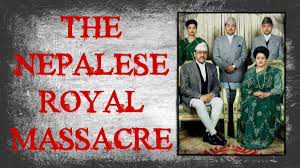 Photos of the prince from childhood to adulthood: 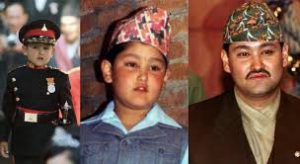 The investigative committee investigating the incident found that Prince Dipendra shot nine of his family members, including his parents – the king and queen, and then committed suicide because of their opposition to his relationship with his girlfriend.

Photos of the murdered:

Starting from 1930 hours Dipendra was the host of the meeting, in the billiards room where he was playing billiards alone. According to the guests’ reports, during his stay in the room, Dipendra drank whiskey and smoked a cigar containing a mixture of hashish as he always did. When Dipendra’s brother, Prince Niranjan and other family members noticed that Dipendra was starting to rock and had difficulty standing, they led him to his bedroom.

Dipendra’s telephone call details revealed that while he was in the bedroom, he made several phone calls to Devyani Rana. Rana testified before the committee, confirmed the calls and added that Dipendra’s voice sounded a little weak at the time of the call and so she called Dipendra’s assistant and asked him to go to Dipendra’s room and make sure everything was fine with him. The assistant confirmed this and claimed that he and another assistant went into Dipendra’s bedroom and found him lying on the floor of the room while trying to take off his shirt. The assistant claimed they helped Dipendra undress and after they finished, Dipendra entered the bathroom where they heard vomiting sounds. After leaving the bathroom, Dipendra turned to his aides and asked them to leave the room.

At 2030 hours, guests gathered in the palace in the pool room. At 2039, Dipendra called Devyani one last time and said to her: “I’m going to bed. Goodnight, we’ll talk tomorrow.”

After this call, Dipendra wore an army uniform and left the bedroom armed with an MP5 submachine gun, an M16 assault rifle, and a Glock pistol. Dipendra reached the pool room and fired one shot from the submachine gun toward the ceiling. Then Dipendra shot and wounded his father, King Birendra, who was sitting at the pool table at the time, giving a speech to the guests. Dipendra left the room but returned shortly thereafter and began firing again, this time with the assault rifle. Dipendra fired at Birendra once more and then pointed his weapon at his sister, Princess Shruti, and shot her and the other guests in the room. After he finished shooting, Dipendra left the pool room. Outside the room, he noticed his brother, Prince Niranjan accompanied by his mother, Queen Aishwarya, and Dipendra shot them both. Shortly afterward, Dipendra pointed the Glock pistol at his body and shot himself in an attempt to commit suicide.

A picture from the scene of the massacre: 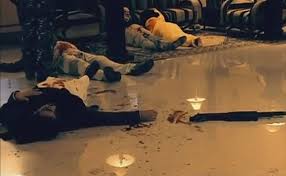 Servants and security guards in the palace set off the alarm after hearing the gunshots and after arriving in the pool room, they began evacuation and rescue operations. All injured were evacuated to the hospital by 2130 hours. The deaths of Queen Aishwarya, Princess Shruti, and Prince Niranjan were determined upon arrival at the hospital. King Birendra died in the hospital after doctors failed to save him. Prince Dipendra was taken to hospital while in a coma, from which he did not wake up and he died on June 4, three days later. Besides, five other people, all members of the Nepali royal family, were killed in the massacre and five other family members were injured.

The King’s and his family’s security system operated in accordance with the well-known and widely accepted concept that close protection specialists are not placed in home security positions when the personality resides only with family members and permanent employees based on the assumption that the chances of a first-time relative or permanent employee hurting a protectee is very low. Thus, it would not make sense to place a close protection specialist next to the protectee, that would be perceived by the family members that they are considered a threat to the protectee.

As mentioned, this is a professional decision that is part of risk management in general and close protection in particular. On the one hand, one knows that there can be a threat from this direction and on the other one knows that there is not too much to do with it and sincerely hope that such an event does not happen at all and certainly not on your watch.

The main difficulty of this kind of threat lies in the faint chance of knowing what is going on in the mind of a family member or employee close to a protectee at any given moment, although in some cases there may be early suspicious indicators that such a person may become a potential threat requiring a thoughtful and sophisticated response to successfully prepare against this.

The incident in Nepal shows that such incidents also stem from a particular cause that can be a motivation for a killing from within the household, a reason that supposedly belongs to family relations, but the result of which can affect a country.

Past events, such as the incident in Nepal, show that at the end of the day, every family member and every employee is no different from any ordinary person who carries with him feelings and thoughts that build up inside that can coalesce into a decision to commit an unusual and extreme act like the murder of family members.

I am the first to argue that we must learn from past events that have occurred in Israel and around the world in order to test our working assumptions, but in this case, a working premise must be placed on the table that needs to be lived with and especially to find the right and effective ways to succeed and deal with the threat that comes from it logically and optimally.

Remember, security must be maintained even when it is difficult and challenging!