Article author: Miky Weinberg – Owner of the Tarantula Technologies Ltd and Octagon Security Ltd Companies.
Everybody creates deterrence to make someone else not dare to do what they think. The use of deterrence has become more and more common over the years and is found almost everywhere and in every field. If in the past only countries used deterrence against mainly enemy countries, today almost everyone creates some kind of deterrence towards someone else for various reasons – a store owner who deters against theft, government bodies who deter against failure to pay bills, lawyers who deter citizens with threatening letters, a neighbor in a residential building who creates a deterrent so that no one messes with him/her, the traffic police who creates a deterrent for drivers, etc. Everyone who produces and uses deterrence has the same goal – to make the other party not carry out his/her thoughts and/or do what he is told without resisting. Many security systems also use deterrence against potential adversaries, but do they produce it in the right way and in the right way so that you will really be able to influence the adversary? Throughout my years of work in the close protection unit, and especially after the failure to assassinate the late Prime Minister Yitzhak Rabin, I used and felt the power of deterrence against the surrounding environs and especially against the potential adversary, and today, after thirty years of accumulated professional experience, I believe more in the importance and power of deterrence and thinks that every security system must produce a cross-circuit deterrence based on a professional concept of deterrence and unique to the characteristics of the object of security. As someone who specializes in the field of seeing through the attacker’s viewpoint, I am sure that a security system that includes strong and effective deterrence succeeds in keeping many adversaries away, and in contrast, a security system that combines deterrence in an unprofessional manner or without deterrence In general, it signals to the adversary that it is possible to approach and even attack.

In order to begin formulating a concept of deterrence, it is necessary to answer the following questions: What is deterrence?
How is deterrence created?
How do we achieve efficiency and benefit against the adversary?
What is the likelihood that the adversary will refrain from carrying out his/her plan to strike as a result of the sword of deterrence?

“Deterrence” (Dictionary definition): A strategy designed to prevent an adversary from performing a certain action, by signaling that the reaction to the action will bring the adversary more harm than good. Deterrence is based on the means that are or are not available to the threatening party and its willingness to use them. A central element of the deterrence strategy is that the threat should be perceived as a credible threat in the eyes of the threatened party. Since the goal of deterrence is to influence the adversary’s decision-making processes, the threatener must know the adversary’s characteristics (seeing from the attacker’s viewpoint). One of the significant difficulties in the concept of deterrence is the existence of a difference between the perception of reality and the world of values of the threatening side and those of the adversary. As a general rule, if there is a difference between the world view of the parties, the more difficult it will be for the threatener to place an effective deterrent against the adversary.

How do you create a concept of deterrence in a security system?
Step 1: The understanding and recognition of the effectiveness of deterrence against the adversary and the need to allocate a budget and resources to create it in a professional and correct manner.

Step 2: Determining working assumptions that are based on and refer to the characteristics of the criminal and terroristic adversaries. For example, does the threat of punishment really deter the criminal adversary? Does the threat of capture and imprisonment really affect the terroristic adversary? Is the mere threat stronger than the punishment itself?

Step 3: The indication of the criminal and terror threat towards the security object is taken from the risk survey carried out for the facility and based on a professional analysis in view of the attacker.

Step 4: Determining what deterrence will include at the level of principles.

Step 2: Deterrence in the outer space – analyzing the outer space defined as a threat zone to the security object in order to mark places that the adversary can use to organize and axes that can be used by him/her to approach and enter the facility, and all this to decide where to place deterrent signage, cameras, lighting, obstacles and more.

Step 3: Deterrence along the line of walls, which includes the main entrance complex and emergency exit doors – creating a clear security screening process in the main entrance complex, which includes an entry and exit route, directing signage, deterrent signage, and more. Use of an access control system at secondary doors and emergency doors, placement of signage deterring unauthorized entry, placement of cameras, lighting, and more.

Step 4: Deterrence inside the facility – division into areas to which only authorized persons can enter, use of an access control system for these areas, deterrent signage, cameras, an alarm system, and more.

Step 5: Physical security force – placing security guards and security screeners at all the deterrence circles – external, the entrance complex and inside the facility, and all this in combination with an observing and dispatch center to create a quick response force in response to any unusual event.

Step 6: Active security: All those in positions in the security system should learn to be active during the shift – act to locate the adversary in all sectors, conduct questioning for anomalies, conduct external and internal patrols, and more.

How do you achieve efficiency and benefit against the adversary?
There are two ways to examine the effectiveness and usefulness of deterrence against the adversary. One way is learning from real events – conducting an investigation and drawing conclusions and lessons for application after each event. A second way is to use an external force that simulates the adversary to carry out drills based on the sight of the attacker. In the end, an investigation will be carried out and conclusions and lessons to be applied will be drawn.

What is the likelihood that the adversary will avoid carrying out his/her plan to strike as a result of the sword of deterrence? The answer to this is clear and unequivocal – the sword of deterrence affects the adversary and provided it was created professionally and correctly and is not based on coincidences and local and unfounded initiatives. For example – will buying and placing a dummy crow on the balcony succeed in deterring pigeons from coming and standing? 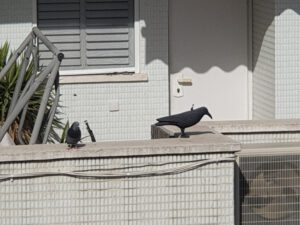 Whoever performs the analysis of the attacker’s vision will learn that the adversary sees almost the entire security system and is able to distinguish dummy measures immediately or alternatively carry out actions to test the reliability of the measures, therefore, when it comes to dummy measures, one should use those that really look and are close to reality.

Experience determines that deterrence is effective against the adversary provided that it is formulated and done in a professional and correct manner, therefore every security system must formulate a professional deterrence concept and implement it into a practical implementation plan. Those who know how to create a deterrent with a threat that will be perceived by the adversary already – realized at the highest level, will succeed in keeping him/her away from the security object. There is an obligation to periodically examine the deterrence effect on the adversary in all circles and improve it according to the results. One must invest in creating deterrence in each circle, recognizing that each circle should make the adversary regret his/her desire to attack the security object.

Remember, that “security should be maintained” in combination with a professional deterrence concept!!!